Chanting the three refuges, in Pāli or Sanskrit or some other language, is a universal practice in Buddhism. Going for refuge to the Three refuges or jewels (Triratna) is what makes one a Buddhist, it is the unifying factor of all the wildly varying forms of Buddhism.

The Three Refuges in Sanskrit 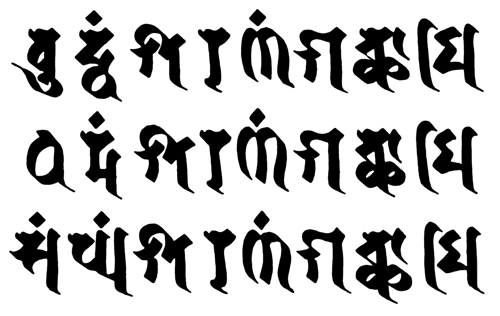 Notes on The Three Refuges

Sometimes you will see the phrases translated as "I take refuge.." but the verb in this sentence is gacchāmi which is the first person singlular of the verb "to go". So it is very definitely I go rather than I take.

The only difference in the Pāli is that śaraṇaṃ becomes saraṇaṃ - the śa changing to sa.